An Interview With Hidetaka Tembata, President of InMobi Japan – The Future of the Mobile Advertising Market

A Message From InMobi Japan

How Are In-App Advertising Rates Calculated?

In-app ad rates can vary depending on a variety of factors including ad types, where the ad is run, what ad revenue-sharing agreements are in place, who is supposed to see the ad, whether the goals are of the ad campaign is to generate revenue or just increase brand recall, etc.

To help you make sense of all this, here is our guide to better understanding in-app ad rates.

Brands and their advertising partners have a few different pricing models to choose from within the realm of in-app advertising. Let’s break down the most common ones out there today.

There’s also a nebulous fourth category: CPX. This essentially stands for cost per anything, or cost per X goal/metric. While CPM, CPC and CPA are by far the most commonly used pricing models, there are other emerging options that don’t fall neatly into either of the three aforementioned categories.

In the world of mobile app advertising, not all ad formats are the same. The size and complexity of the ad format will impact how much an advertiser should expect to pay for the opportunity to run its creatives.

For example, consider the difference between banner ads and video ads. Formats that are more simplistic in nature, like many banner ads and display ads, are both easy to create and to insert into just about any app.

But, they’re also less eye-catching and thus easier to ignore. The average click-through rate of all banner ads is around 0.06 percent, but even that might be too high since around three in five banner ad clicks are thought to be accidental. That’s likely why, according to 2018 numbers cited by Business of Apps, the average CPM for all banner ads within mobile advertising environments is just $1.

Contrast banner ads with video ads. While in-app video ads can take a wide variety of formats, including fullscreen video ads and videos with interactive end cards, all permutations of mobile video advertising share the same core characteristics: they’re memorable, engaging, eye-catching and highly effective. As a result, the average CPM for mobile video ads is 300 percent greater than the average CPM of a banner ad. 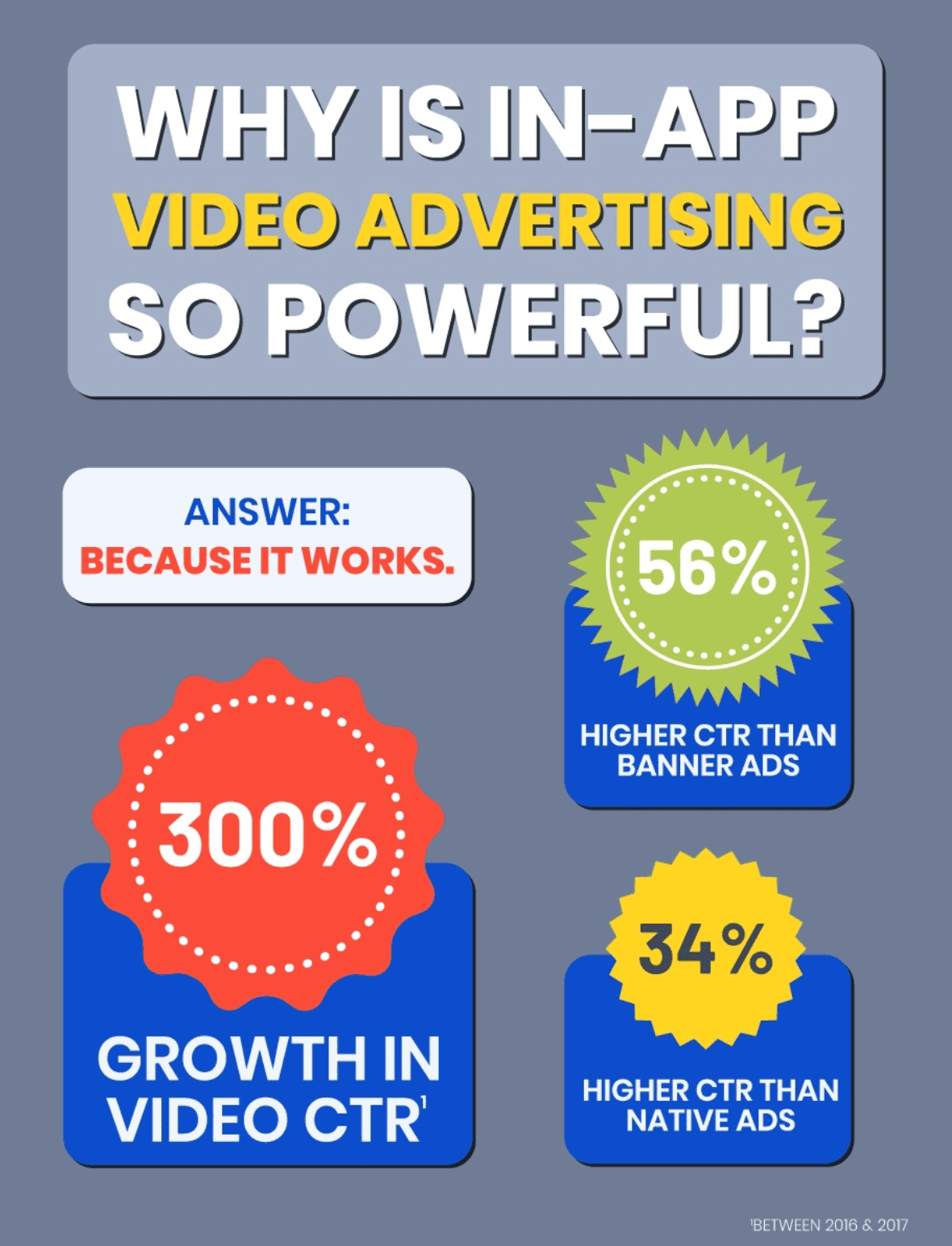 But, in-app advertising rates are about much more than just formats. Other factors can also have an outsized influence on how much advertisers can/should pay.

In addition to all of the average in-app ad rates previously discussed, here are more average CPMs to know, courtesy of Business of Apps.

How Will Mobile Advertisers Pay for In-App Ad Campaigns in 2019?

What in-app ad rates will brands pay throughout 2019? Only time will tell. But, one thing for certain is that advertisers and their partners will be savvier about how they track and measure their mobile app ad campaigns. As mobile devices and apps increase in popularity, brands and agencies will pay closer attention to not only how they’re paying for mobile ads but also how those ads are performing from a holistic and business lens.

Interesting in learning more about mobile in-app advertising? Be sure to check out these blog posts for more insights, knowledge and know-how.